The current research paper is an endeavour to estimate the parameters from near stall flight data of manned and unmanned research flight vehicles using conventional and neural based methods. For an aircraft undergoing stall, the aerodynamic model at these high angles of attack becomes non linear due to the influence of unsteady, transient and flow separation phenomena. In order to address these issues the Kirchhoff’s flow separation theory was used to incorporate the nonlinearity in the aerodynamic model in terms of flow separation point and stall characteristic parameters. The classical Maximum Likelihood (MLE) method and Neural Gauss-Newton (NGN) method have been employed to estimate the nonlinear parameters of two manned and one unmanned research aircrafts. The estimated static stall parameter and the break point, for the flight vehicles under consideration, were observed to be consistent from both the methods. Moreover the efficacy of the methods is also evident from the consistent estimates of post stall hysteresis time constant. It can also be inferred that the considered quasi steady model is able to adequately capture the drag and pitching moment coefficients in the post stall regime. The confidence in these estimates have been significantly enhanced with the observed lower values of Cramer-Rao bounds. Further the estimated nonlinear parameters were validated by performing a proof of match exercise for the considered flight vehicles. Interestingly the NGN method, which doesn’t involve solving equations of motion, was able to perform on a par with the MLE method. 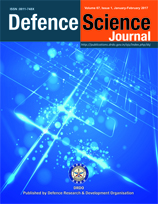