cis-1,3,4,6-Tetranitrooctahydroimidazo-[4,5 d]imidazole (BCHMX) has been studied as explosive filler to replace pentaerythritol tetra-nitrate (PETN) inEPX1 explosive. BCHMX with different particle sizes was bonded by thermoplastic binder plasticised by dibutyl phthalate to obtain BCHMX-EPX. Heat of combustion was measured. Impact energy and friction force of initiation were determined. Velocity of detonation was measured, while the detonation characteristics were calculated by thermodynamic code named EXPLO 5. For comparison, the detonation characteristics of some commercial plastic explosives such asEPX-1, SEMTEX 10 and FORMEX P1were also studied. It was concluded that BCHMX-EPX has the highest detonation characteristics of all the studied plastic explosives and its sensitivity is in the same level of the studied traditional plastic explosives. BCHMX-EPX has the highest decomposition temperature of all the studied samples. The mutual relationship obtained from the experimental and calculated results indicates the compatibility of the calculated results with the experimental measurements. 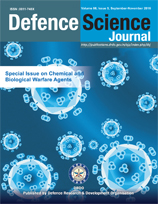