Ricochet of Spheres on Sand of Various Temperature

The debris generated by the explosion of a building or ammunition is flown far away through the ricochet phenomenon. The debris contains a very large amount of energy, and a risk factor surrounding it may be applied. The safety distance from debris is set from experiments or FEM analysis. The ricochet of debris is affected not only by the initial conditions of the debris, but also by the conditions of the medium. In this paper, the effect of sand temperature on the ricochet of sphere projectiles was investigated through experiments and FEM, by measuring the shear stress and internal friction angle when the sand temperature increases. As the temperature of the sand increases, the shear stress and the internal friction angle decrease, and the penetration depth of the projectile increases. As the depth of penetration becomes longer, the kinetic energy is lost more by the friction force with the sand and, the sphere projectile speed decreases more. This is mainly caused by the energy loss of the projectile, so the kinetic energy of the ricocheted projectile is reduced. Therefore, when setting the optimized inhabited building distance (IBD), the conditions of the medium should be taken into account. 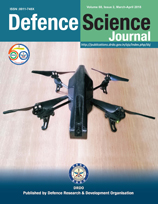