The model of optimal cooperative reconnaissance as a part of the tactical decision support system to aid commanders in their decision-making processes is presented. The model represents one of the models of military tactics implemented in the system to plan the ground reconnaissance operation for the commander optimally. The main goal of the model is to explore the area of interest by multiple military elements (scouts, UAVs, UGVs) as quickly as possible. A metaheuristic solution to this problem which combines two probabilistic methods: simulated annealing and the ant colony optimisation algorithm is proposed. In the first part of this study, the optimal cooperative reconnaissance problem is formulated. Then, metaheuristic solution, which is composed of three independent steps, is presented. Finally, experiments are conducted to verify the approach to this problem.

Dr Petr Stodola received his PhD in the field of military technology at University of Defence, in 2006. Currently working as an Associated Professor at University of Defence in Brno, Czech Republic. His research interests include : Optimisation, combat modelling and simulation, command and control decision support systems and C4ISR systems. He is the author or co-author of more than 100 scientific papers, and more than 10 functional samples and application software.

Mr Jan Mazal is a graduate of the Faculty of Military Systems Management, Military College of Ground Forces, Vyskov, Czech Republic. Since 2013 he is an associated professor in the field of military management and C4ISR systems. Currently he works as Doctrine Education and Training Branch Chief at NATO Modelling and Simulation Centre of Excellence in Rome. He is focused on the issues of military intelligence and reconnaissance, C4ISR systems, and implementation of information and model support to the commander’s decision-making process at the tactical level. 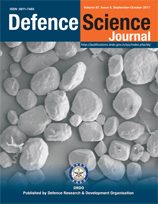