The present study addresses the effects of lateral center-of-gravity (CG) movement, resulting from asymmetric firing of some of the onboard stores, on the dynamics and control of a combat aircraft while attempting the highly demanding Herbst manoeuver. The complete six degree-of-freedom equations of motion of the aircraft for such lateral CG offset are derived in two different body reference frames attached either to the symmetric nominal CG location or to the shifted asymmetric CG location. The Herbst manoeuver is first simulated using nonlinear dynamic inversion based control to handle the highly nonlinear post stall flight dynamics considering the standard equation of motion without considering any lateral CG variation. Thereafter, it is observed that if the same controller is retained, the manoeuver performance deteriorates significantly even when the CG undergoes a moderate lateral shift. To overcome this shortfall, closed loop controllers are next designed incorporating both the models of asymmetric dynamics as derived in this paper. It is validated through MATLAB simulations that both the controls, thus designed, can recover the original manoeuver performance almost completely; however, the first one requires more complex computations and hence increased computation time while the second one requires that all the measurements be transformed to the new body reference frame at every time step. 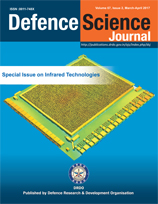